BASF and LetterOne complete merger of Wintershall and DEA

Following the approval of all relevant authorities, BASF and Letterone have successfully completed the merger of Wintershall and DEA. In September 2018, BASF and Letterone had signed a transaction agreement to merge their respective oil and gas businesses in a joint venture. ”With Wintershall Dea we create the leading independent European exploration and production company with international operations in core regions,“ said Dr. Hans-Ulrich Engel, Vice Chairman of the Board of Executive Directors of BASF SE. Lord Browne of Madingley, Executive Chairman of L1 Energy, added: ”Very rarely do you have the opportunity to create a company of this scale and quality. Wintershall Dea will hit the ground running, with a project pipeline that will deliver market-leading growth in the years to come.“ To effect the merger, Letterone contributed all shares in DEA Deutsche Erdoel AG into Wintershall Holding GmbH against the issuance of new shares. The shareholders have decided to rename the company Wintershall Dea GmbH. The joint venture is headquartered in Kassel and Hamburg.

Wintershall Dea will be managed by an Executive Board consisting of five members: Mario Mehren, Chairman and Chief Executive Officer (CEO), Maria Moraeus Hanssen, Deputy CEO and Chief Operating Officer (COO), responsible for Europe and MENA, Thilo Wieland, Member of the Executive Board responsible for Russia, Latin America and Midstream, Hugo Dijkgraaf, Chief Technology Officer (CTO) and Paul Smith, Chief Financial Officer (CFO). In the Supervisory Board of Wintershall Dea, Hans-Ulrich Engel and Lord Browne of Madingley will be rotating non-executive Chairmen. The role will be held by Hans-Ulrich Engel for the first fifteen months.

Pumps and valves from Frankenthal
KSB is celebrating its 150th anniversary 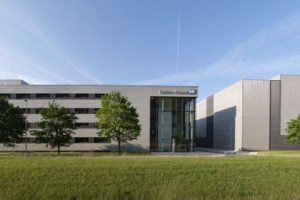