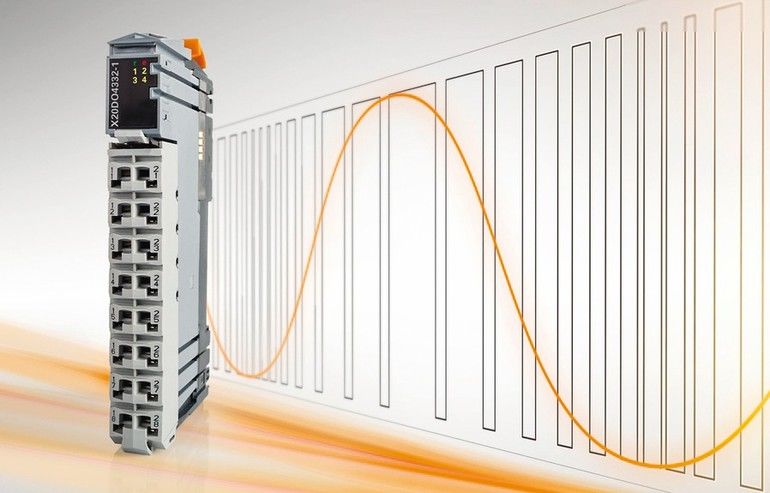 In addition, the module offers a dither function that prevents valves from sticking. Pulse width modulation (PWM) is mainly used for controlling larger loads, such as motors. Instead of using electronics to regulate a continuous input voltage down to the desired motor voltage, the motor is controlled by the width of the switching pulses. This process saves a considerable amount of energy. With its dither function, the module also prevents valves from sticking. This is particularly common when valves are held for extended times at a constant position, especially in liquids. The dither function oscillates the valve slightly around the position setpoint to prevent it from sticking. The X20 module is equipped with four outputs with three-wire connections and offers a nominal output current of 2 A. 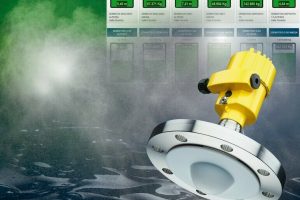 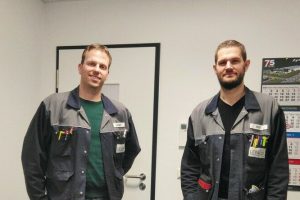 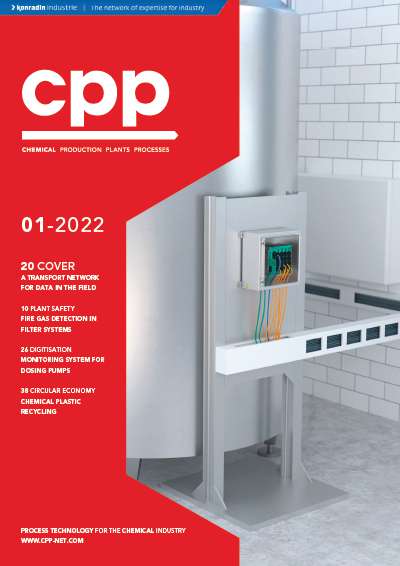