Ethernet-APL Products “By the End of This Year” 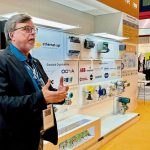 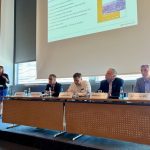 Field devices compatible with Ethernet-APL, the latest standard for the physical layer in plant communications, will be certified and commercially available by the end of this year or early 2023, said Adrienne Meyer, who heads the marketing group at the APL Project, at a press conference on Tuesday.

Progress has been excellent since the standard was first promised at ACHEMA 2018 and the technology was launched at ACHEMA Pulse last year, Meyer said. In fact, the APL Project formally comes to an end this month, though cooperation will continue between the four leading standards organizations involved – FieldComm Group (FCG), ODVA, OPC Foundation, and PROFIBUS & PROFINET International (PI) – plus the 12 major industry project partners.

Ted Masters said that FCG’s work on the logic and tools needed to test and certify Ethernet-APL devices is nearly complete. The certification process is designed so that, wherever possible, vendors will not have to duplicate testing that has already been carried out elsewhere, he explained.

Ethernet-APL (advanced physical layer) uses a single pair of wires – typically the well-known Fieldbus Type A cable – to deliver data rates of 10 Mbit/s over long distances, and features intrinsic safety for use in hazardous areas. Ethernet-APL supports EtherNet/IP, HART-IP, OPC UA, PROFINET, and any other higher-level plant communications protocol that can run over Ethernet.

A choice of “star” and “trunk-and-spur” topologies provides flexibility in the design of networks and allows up to 50 APL devices, or in some cases more than 200, to exist on each segment. The cable carries power from the control room to APL switches and field devices, so an Ethernet-AP installation requires no field-mounted power supplies.

Ethernet-APL links field-generated data and enterprise systems, including the cloud, by bridging the gap between corporate-level Ethernet networks and field communications based on HART or Fieldbus. The improved connectivity is important for digitalization projects such as digital twins or predictive maintenance models, and to make best use of the large amounts of data that is available from modern plants, the project partners say.

HART and Fieldbus both have slow data rates and can require complicated protocol conversions for remote access, engineering of segments, and troubleshooting. Conventional Ethernet, on the other hand, requires four-wire cables and is limited in terms of distance and intrinsic safety.

BASF and Procter & Gamble have both tested the new technology under practical conditions and have found it easy to install and to work with, said ODVA’s Al Beydoun. but 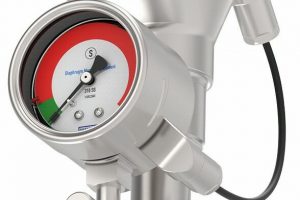 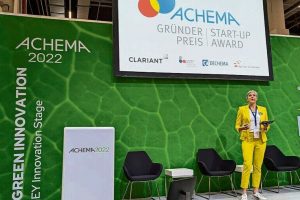