The TQS serialisation system accomplishes modular labelling of medication according to all country-specific particularities
Picture: Wipotec-OCS 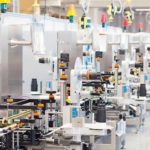 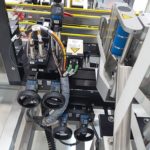 The European Falsified Medicines Directive (2011/62/EU), which entered into force on 9 February 2019, requires all prescription medicines to be clearly labelled in a way that allows the entire production and transport process to be traced. What is needed in this context are track and trace systems such as TQS. If the machines are equipped with electronic position indicators, process reliability and easy batch changes between various packaging sizes are ensured.

The introduction and starting date of the new anti-falsification directive have been known since 2016, yet increased demand for suitable track and trace systems was only evident in the months preceding its entry into force. Wipotec-OCS, which specialises in weighing and inspection solutions, including mechanical engineering for processes such as printing, reading and labelling, confirms this trend: “This is a massive drag on the market now. As of February, every company that produces prescription medication and wants to bring it onto the market needs to ensure that serial numbers are assigned to each drug and that a track & trace solution is integrated into the production line”, explains Daniel Anders, product manager for track and trace at Wipotec-OCS. “It is useful to have systems that can be incorporated into the production line quickly without major expense and that do not slow down the production process unnecessarily, with severe negative impacts on manufacturing efficiency”.

With its TQS solution, Wipotec-OCS has established a system for the pharmaceutical sector that accomplishes highly modular labelling of medication according to all country-specific particularities. Serial numbering involves several potential process steps – printing, reading, labelling and weighing – which the TQS-HC-A machine combines into one unit. It is designed for folding boxes, which make up at least 90 % of all medication packaging in the European market. The boxes are labelled on the front and/or back, as well as optionally on the top, and then weighed with a high-precision load cell from Wipotec to determine whether they are fully packed. Faulty products are automatically removed in this process. Where needed, tamper-evident labels can be applied to secure the packaging against manipulation.

For pharmaceutical clients, who often have long production lines, it is important to have a track and trace solution that is as compact as possible. In fact, the new European directive requires high initial investments and commitment of resources on the part of pharmaceutical manufacturers. Acceptance is therefore much higher if the track and trace machines fit smoothly into the overall concept – and additional benefits are created as a result.

A small but highly significant component on the machine offers further advantages. Siko’s AP05 position indicator provides an option for supervised format changes. Optimised format changes facilitate batch changes between various packaging sizes. The present trend is towards smaller batches, which also means more frequent changes. All units generally need to be shifted on two axes. Up to 13 Siko indicators may be installed in a TQS-HC-A. These shifts are best carried out quickly in a controlled and reliable manner. Electronic AP05 indicators are bus-compatible and can be integrated into the machine controls, where new target values for the next folding box size (stored in the machine controls in a recipe list for each product) can be transmitted to the position indicator and shown on its display under the current actual value. If the actual and target values match, the LEDs on the position indicator change to green. If not, the LEDs are red (position not yet reached). The machine is ready for operation again only when all LEDs are green; only then can production be started safely. Incorrect settings no longer occur. The operator can see from the LEDs which shift points still need to be adjusted. This prevents defective products and improves process reliability. Another advantage is that with supervised format changes the changeover times are significantly shorter and hence more efficient.

In the past, Wipotec-OCS’s TQS machines were equipped as standard with mechanical position indicators from Siko to indicate the current position of the axes. The AP05, the supervised electronic variant, is mechanically compatible and can be retrofitted at any time. 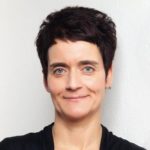 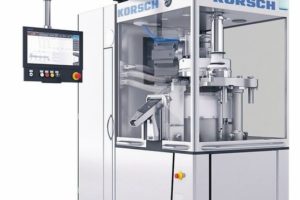 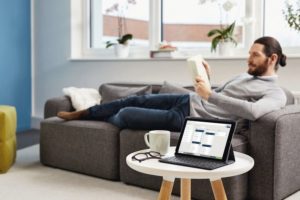 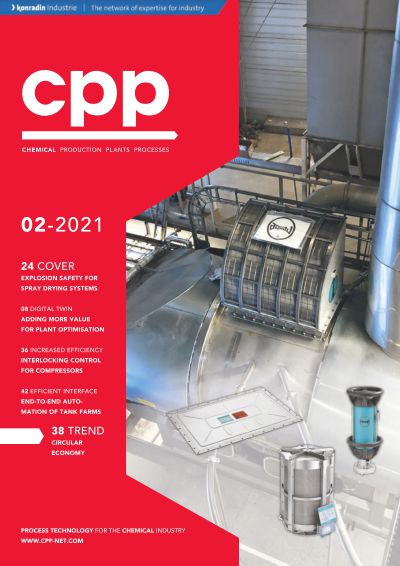